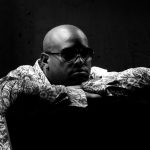 CQ Plam Romay Diaz OR CQ PLAM (Havana, Cuba)
was born in an artistic family: his mother was a script-writer and director on TV, his father was a popular TV artist. No wonder CQ turned out to be a quality mix of singer, composer, arranger that had been on stage since 15. He also has worked with the most famous Cuban musicians – Los Van Van, Manolo Simonet, Paulo fg. Adalberto Alvares y su Son, Estrellas cubanas, Connexion Salsera, En dos Tiempos, Imagen latina, Steel son and so on. He had inspired the creation of Peruvian popular Los Conquistadores de la Salsa. He was twice invited as a guest judge to the international latin-american competition of artists OTI; worked in a Cuban – Switzerland project ‘Gabriel en la Habana, ‘Gelato’ band. He has also worked in Peru, Spain, Switzerland and best resorts of Mexico – Cancun, Cozumel, Veracruz. While at the same time working with famous Latin artists – Wilfrido Vargas, Santino, Merenglass, Armando Manzanero y Oscar de leon(the singer is considered to be one of the best Salsa artists). CQ has also released a CD ‘En vivo en el elegante’ in conjunction with Justo Emilio & Su Palo Son(as a pianist and singer). This CD was recorded live in Elegante hotel Riviera(Havana, Cuba). He is now a part of Cuban TV Orchestra (soloist),а and an active member of UNEAC music association). It can be said that he came to Russia as an ambassador of this organization, some sort of cultural exchange, if you will. In Novosibirsk he was first a music director of a Cuban show ‘Havana-Club’ at its blooming years of 2005-2008. In 2004-2005 he was one of the leads in a documentary ‘Por Amor’ on love between a Cuban lady and an American gentleman, which was partially of political gist on the relationship between the two countries.

CQ Plam
It is of no secret that Cubans are a gifted nation that, despite the number of its ambassadors, has affected the whole contemporary scene of jazz and popular music. Each person in love with jazz definitely knows the names of Arturo Sandoval, Chucho Valdes, Paquito D’Rivera… Our Cuban’s name is CQ Plam. His father was also a famous Cuban person – a TV actor and a singer, hence CQ got perfect education in music as a vocalist, percussionist and pianist. CQ became famous as an artist already at 15. Then he was invited to Peru, Mexico, Spain, Switzerland… But 2005 brought in a game changing turn – he moved to Siberia just so changing the musical climate in Siberia – making it as hot as a Cuban heart and its music. 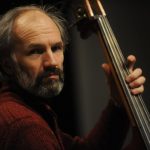 Those of you who studied jazz harmony know that a chord in a score is spelled out with the lowest note of the very chord. Maybe that is where the legend of Jaco Pastorious(an icon of the jazz bass world), saying the bass to be the main instrument in the ensemble, comes from. Yuri Vasealyev graduated from Novosibirsk State Music College, bass guitar class. Before that he also finished music school having piano as the instrument of choice. He has also been touring as a guitarist. The ability to play all bass instruments, huge experience in playing with the most versatile bands and solo artists does give one the confidence on stage when having such a bassist as a band member.

Sofia Gubaydullina has such a musical piece ‘In The Beginning Was The Rhythm’. What is the softest sounding music instrument? Drums. And what is the loudest one? Drums. Medicine claims is that the rhythm sense is being developed in person up till 70 yrs old. The one who’s decided to become a drummer is doomed to forever music and artistic growth since he is simply obliged to accomplish the mission and responsibility taken and granted. Dmitry Shvetsov got lucky to be born in a musical capital of Siberia. And a talent multiplied by diligence makes him one of the most in demand person behind the drums. Moscow actors, Grammy nominees, best blues artists and an American rock-band… No time to rest! 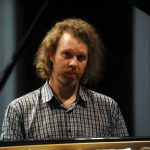 was born in a very musical family, his great-grandmother sang in a Church choir, his grandmother was gifted with an absolute ear, his mother was a pianist, as long as his father is – the Honoured Artist of Russia. Aleksey started learning music when he was 4. Jazz had been playing in their family’s place since his early childhood. After graduating from Novosibirsk State Music College, the class of piano, Aleksey decided to continue on his artistic own and with his original projects. And so the jazz band WeekAND was created – which he performed around 20 original programs with, for the Novosibirsk State Philharmonic. He has been an art-director of one of the most prestigious jazz clubs in Russia – NIIKuDA for 9 years now, and constantly travels as a touring pianist

Music
The musicians never get stuck within the limits of one genre only and add numerous jazzy flavors to their art. Never failing to deliver the decent level of professionalism, the musicians play classics of jazz and famous Cuban tunes, difficult original pieces or world known pop-music hits(hey, we are all humans, after all).